In Anderson Street, Marx is busy preparing the new edition of the “Neue Rheinische Zeitung”. He seeks to explain the reasons behind and the course of the revolution – and concerns himself scientifically with the “economic conditions which form the foundation of the whole political movement.”

Finally, in 1850 five issues of the “Neue Rheinische Zeitung. Political-economic Review” are published. They sell poorly.

The analyses, particularly of the failed revolution in France and the following years of economic upturn in England, will later often be drawn upon as “theory of revolutions and the dictatorship of the proletariat”. 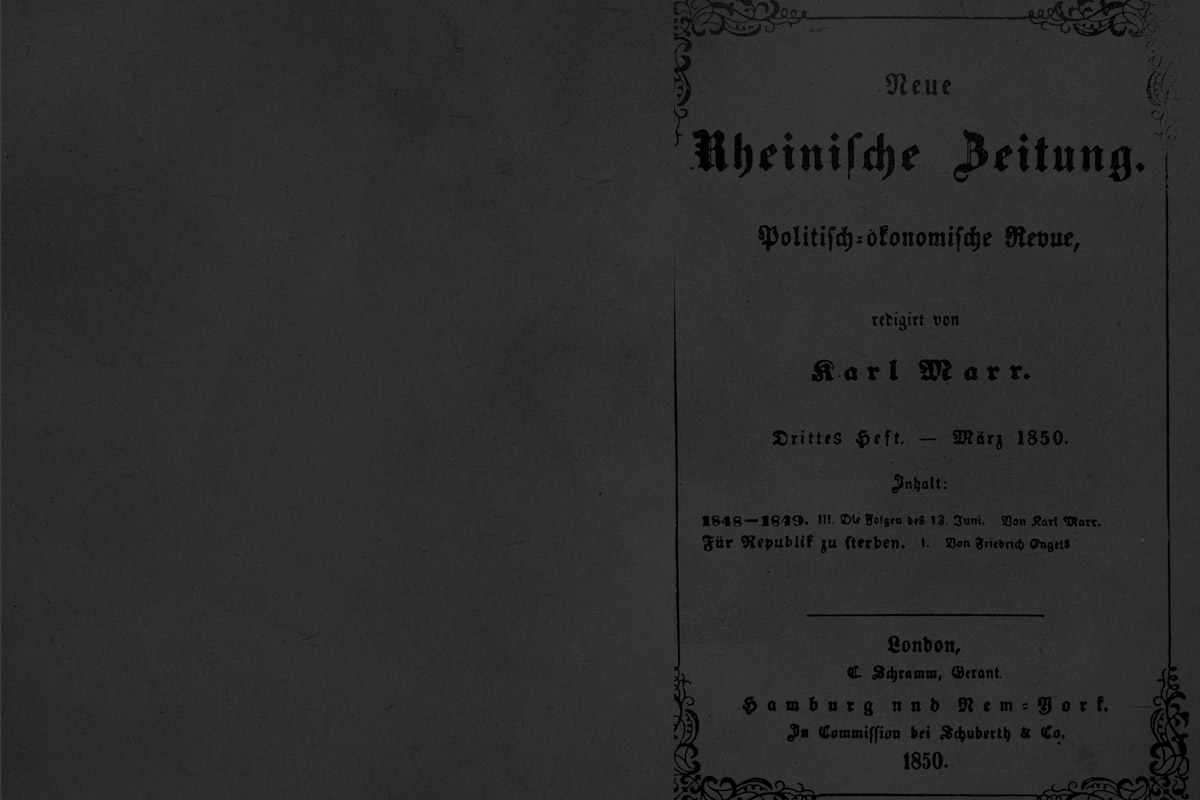